As part of the capacity-building partnership with the Société Béninoise d'Energie Electrique (SBEE), IED is providing a technical training program accompanied by software solutions in order to sustainably build new national capacities for studies and planning in the energy sector.

More than twenty SBEE agents and executives benefit from these trainings, which take place at the SBEE training centre in Cotonou. The courses cover varied topics such as spatial analysis with GIS software, or electrical and mechanical calculation of networks thanks to NAP and Giselec software, as well as geospatial planning of rural electrification with the leading tool GEOSIM.

Find our IT solutions and training offers on the site  www.ied-sa.fr

Led by IED INVEST, as a developer of the project and IPP (Independent Power Producer), and in partnership with the IED group, the Ministry of Energy of Cameroon (MINEE), the Rural Electrification Agency, ARSEL (regulation), and the company ENEO (distribution National), this major project for the IED group is being finalized, with exploitation expected for the end of the year.

On October 15, 2021, the pre-reception operations of the 30kV Medium Voltage line took place between ENEO and IED INVEST Cameroon, which built these 39.7 km of power lines between the hydroelectric power plant production site and the city of Tibati, and will retrocede them to ENEO for operation and distribution to Cameroonian users. 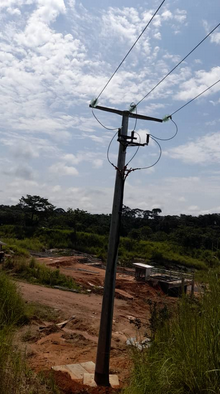 As for the hydrolectric power plant production side, it will be IED INVEST Cameroon that will manage, operate the plant and produce the energy injected into the new network. The Civil Engineering phase is also about to end. 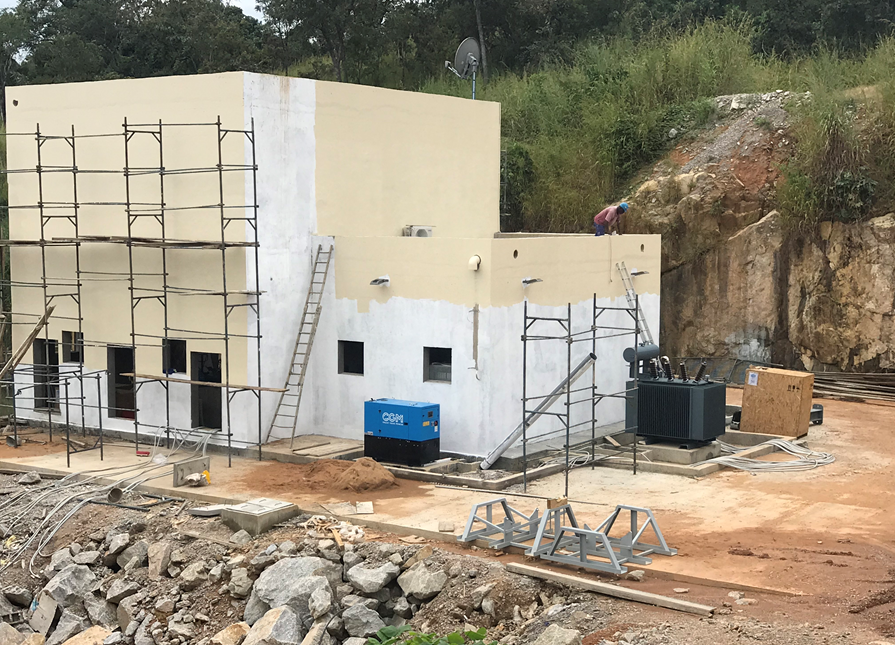 The installation phase of the electromechanical equipment is well advanced with the first 950 kVA alternator installed.

The test period, with load testing and commissioning, is scheduled for the entire month of November, after then the commercial operation phase can begin.

We are thankful to our financial partners without whom this rural electrification project in Cameroon with a strong social impact could not have been possible, in particular the European Union, the French Fund for the Global Environment and the BGFI bank.

See you soon for the inauguration of the plant!

The PRERA project, funded by the French Development Agency, aims to extend the electricity networks of the national electricity company SBEE in the urban commune of Abomey Calavi  (Cotonou agglomeration) and 81 villages in the Atlantic department.

As part of its mission to supervise works, IED supported SBEE and the consortium companies for the smooth running of operations, in compliance with deadlines, costs, technical and environmental specifications.

Since the end of July 2021, two new 63kV/15kV transformation substations in GIS (Gas Insulated Substation) technology are in operation in the municipality of Abomey Calavi. This technology, with many advantages, is new to Benin, and its introduction has been intensely supervised by IED specialists.  All active parts are isolated, which improves the safety of operators and the risk of defects in case of bad weather. In addition, this technology is adapted to the urban environment by its small footprint compared to AIS (Air Insulated Switchgear) technology.

Three 63 kV underground links (630mm² aluminium section) connect these new substations to each other and to the existing Vedoko substation, in order to form a 63 kV loop. The loop has been fully commissioned since the end of August 2021.

This new infrastructure will enable the SBEE operator to:

The people of Benin will thus benefit from an improvement in electricity availability and quality, thanks to a better network reliability.

5 years after its first version carried out by IED, the Ministry of Energy of Benin has once again entrusted our teams to carry out the studies relating to the master plan for the development of the Beninese electricity sector.

On 7 and 8 July, the workshop was held in Grand Popo to present the results of the study to representatives of the sector:  more than 40 participants debated the results for 2 days in order to be able to produce a final version of the document that will be presented to the Council of Ministers.

The studies were carried out using the electrical planning software suite:

This document will let the Beninese government to project itself by 2045 for decision-making in terms of investments in electricity generation and transmission infrastructures.

IED Consult this month handed over Uganda's National Electrification Strategy (NES) to its Ministry of Energy and Mines Development.

As part of the national programme of "Extension and Strengthening of the Electricity Grid", the definition of this NES financed by the World Bank, was primarily aimed at assisting the Ugandan Ministry of Energy in establishing a diagnosis of the institutional framework governing the electricity sector.

The development of a viable and realistic electrification plan aimed at connecting the 10 million households by 2030 (universal access objective) was this NES second major challenge.

This NES was largely carried out using the GEOSIM® planning assistance software, developed in-house by IED. A set of performance indicators have also been developed to enable the monitoring and the effective evaluation of the SNE by the various Ugandan institutions, in accordance with the principle of sustainability of their actions, so important to IED employees.

There is no doubt that this tool will be of great help for the Ugandan authorities in their future investment choices in favor of future-proof energy infrastructures.