In April 2020, IED and its local partner VSI Africa began work on the "Prefeasibility Study for Electrification by Renewable Energy Sources, in 21 provinces locations that are unserved or under-supplied with electricity".

This study is sponsored by UCM, The Ministry of Energy's Project Coordination and Management Unit, and is funded by the World Bank. 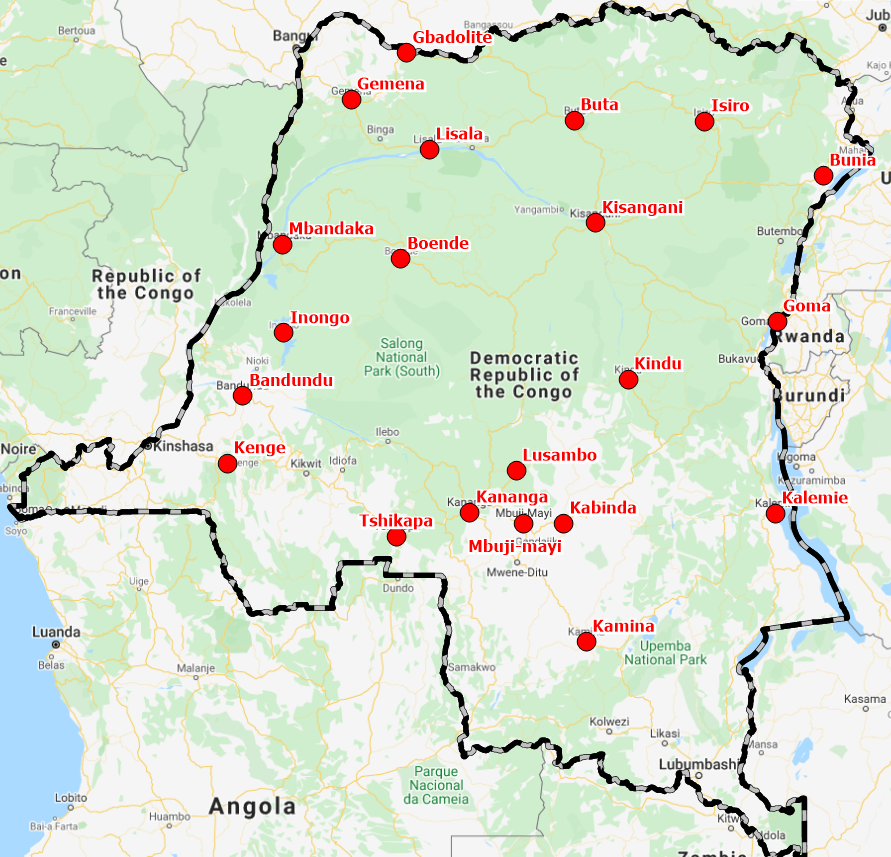 A first step is to estimate the electricity demand of each city for the next few years. On this basis, IED will propose suitable solutions for renewable production (solar and hydroelectric in particular) and electricity distribution. The economic, financial, environmental and social aspects of the projects will also be analysed.

IED conducted training of SENELEC staff on GISELEC software in January 2020, in collaboration. with RMT, a subsidiary of Eiffage.

SENELEC, which employs more than 2,000 people, has purchased licenses from IED for the GISELEC software, which is intended to be used both at headquarters and at the regional level.

This training is part of the capacity building programme initiated at the end of 2018 in Dakar and the training already provided at the FDI premises in Francheville in March 2019 to enable SENELEC officers to deal with real cases and problems with GISELEC and to achieve the goals of universal access to electricity in Senegal by 2025.

SENELEC employees from all parts of Senegal in charge of rural electrification projects participated in this training session organized in January 2020 at the SENELEC professional development center in Rufisque.

Many countries are already using GISELEC software, which is becoming a reference on the African continent. Future training courses are planned. Please check thre for more information

IED, through its subsidiary IED Invest, has been operating a biomass power plant in northern Cambodia since 2018. This plant, with a capacity of 1MW, provides electricity to up to 20,000 households through a process of gasification from the burning of organic waste.

This combustion produces a significant amount of coal, which we are now able to recycle entirely into briquettes, which are used massively in Cambodia for cooking. These briquettes which are sold exclusively to wholesalers, redistributed in cities to supply restaurants, generate financial profits and the creation of a dozen jobs.

1. Coal first passes through a grinder to reduce the size of coal grains to optimize the quality of the briquettes;

2. The particles then pass through a blender, in which they are mixed with cassava, which acts as a binder. This process provides the ideal consistency of maintenance of the briquettes and for combustion;

3. The mixture then passes through an extruder to obtain the desired shape for the briquettes;

4. Out of the extruder is a cutting machine, which allows to obtain precisely the final size of briquettes;

5. These briquettes are then placed on trays to dry for several hours in a dedicated room.

Finally, they are arranged in 35kg bags and transported by trucks to be sold to restaurants or homes.

IED Invest recently equipped itself with a new extruder to increase its production capacity, which now reaches 50 tons of briquettes per month. This activity has enabled the hiring of 8 people dedicated to its proper functioning, and allows each to fuel the monthly consumption of about 2500 households.

The launch ceremony for the SBEE network restructuring and extension project in the municipality of Abomey-Calavi and the Atlantic Department  (PRERA) was held on 06 March 2020. This project is part of the modernization of the energy sector and better access to electricity in Benin.

IED is responsible for  technicalmanagement, as well as social intermediation activities with regard to subscribers  (census, subscription management, geolocation, etc.).

The ceremony was attended by many officials  and personalities  and was presided over by Energy Minister  Monsieur  Dona Jean-Claude HOUSSOU.

The objective of this project, which includes the construction of 63/20 kV substations at COCOCODJI and AKASSATO, as well as the construction of a 63 kV underground link and a reinforcement of the electricity grids in the municipality of Abomey-Calavi, is to develop the rate of increased access to electricity in the Atlantic department up to 50%, to improve the availability and the quality of electricity, to make networks more reliable and ensure better voltage distribution and stability while reducing the frequency and the duration of power cuts. It aims to connect more than 50,000 new subscribers to the SBEE network.

This project is financed for an amount up to 65.3 billion CFA francs by the French Development Agency (AFD), the European Investment Bank (EIB), the European Union and the Benin Electric Energy Company (SBEE).

This project launched at the end of June 2019 in  Cameroon is carried by the IED group, the Ministry of Energy of Cameroon, the Rural Electricity Agency, ARSEL , the company ENEO, with financial support from the European Union and a loan from the bank BGFI.

The French Global Environment Fund, invest's historic partner in Asia, is also supporting this project, which will benefit thousands of users while preserving the environment.

In Cameroon, the construction of the Little Hydroelectric Power Plant of Mbakaou Carrière continues for the moment, work is still in progress.