The detailed studies of the Bafang small hydroelectric power plant (3.4 MW) project on the Mouankeu River in Cameroon's western region which begun at the end of November 2018 were in the final stages of completion in August 2019. In February 2020, IED presented its study and its main findings to UNIDO, sponsor of the study.

After the pandemic period, it was finally by videoconference that the official validation meeting was held on 27 July 2020, bringing together the main key players of electricity in Cameroon (MINEE, ENEO, ARSEL, AER), the municipality of Bafang as well as the other ministries and institutions. The main findings have been validated and the next step considered at this stage will be the drafting and diffusion for launching a tender offer to call for applications to select a potential investor to develop the site as an Independent Power Producer (IPP). 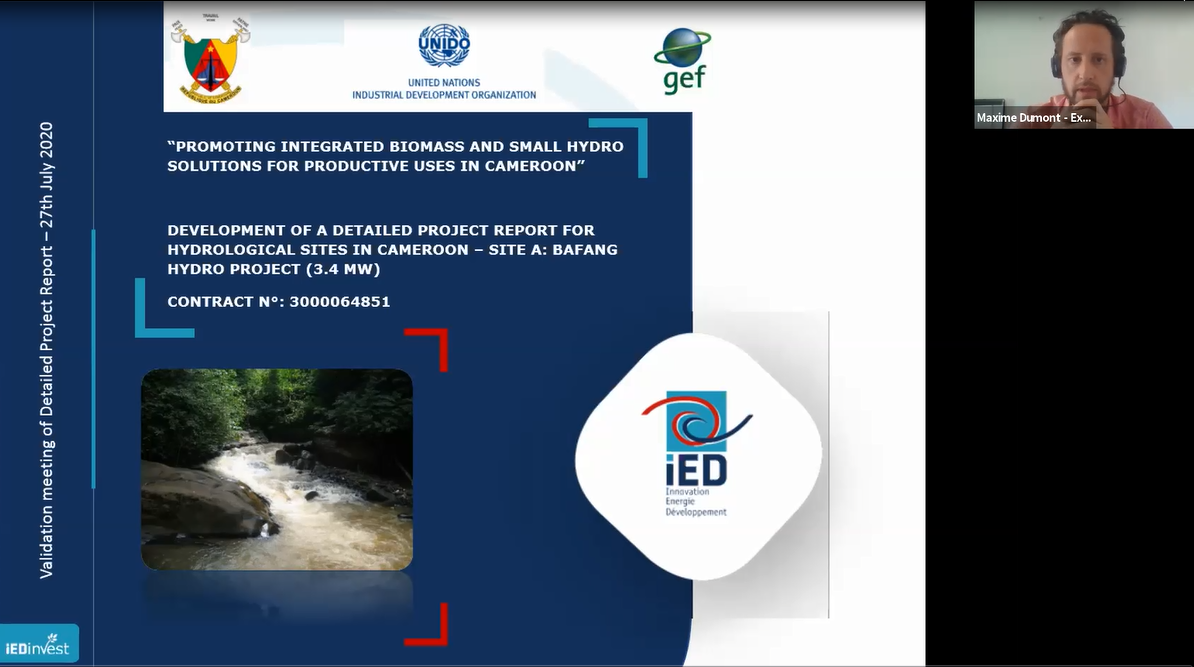 Injecting energy into the grid will significantly improve the quality of service by significantly reducing voltage drops and ensuring continuity of service. Local businesses and industries, such as the new Neo cocoa plant, will also be beneficiaries.