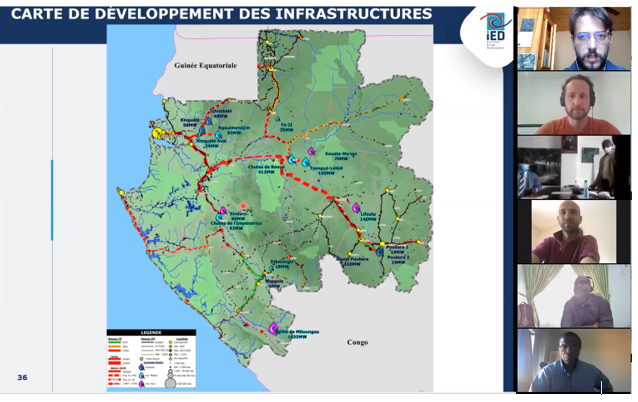 This study, which began in 2019, focused on forecasting national demand (integrating the government's emerging Gabon vision with all major economic projects under development), planning production facilities for Gabon's 5 interconnected networks, and the future National Electricity Transport Network including the planning of a large hydroelectric generation fleet to meet the strong growth in electricity demand while guaranteeing the price of electricity kWh the lowest and meeting Gabon's commitments in terms of renewable energy penetration and limits on greenhouse gas emissions.

The study included an important Transport and Distribution component to detail the conditions production and consumption centres will be linked by the construction of the future National Electricity Transport Network and has benefited from the simulations carried out using the specialised GAP software for the analysis and planning of energy generation.

Regarding the actual exceptional sanitary crisis, making impossible to carry out on-site restitution missions, three 3 hours video conferences about the restitutions have been organized. They brought together the high-level representatives of the Gabonese Ministry of Energy, the Ministry of Economy, the World Bank, SEEG, the Heritage Society, the FGIS, and the environmental protection NGO TNC. During these restitutions, the various stakeholders were able to provide feedback on the work carried out and validated the study.